My mother - Miss Tseng Yen - the award-winning writer, a mentor, she retired as an editor of Taiwan Youth Daily News and published about 30 well-known books.

The first time I visited China I was 16 years old. My father's oldest sister, my aunt, flew to Kunming Yunnan from Shanghai to see me. She is an opera singer she sang for China Live Art Performance Theater all around the world. She has not seen my father since he left China when he's about 19 years old. Then he died in Thailand in his early 30s. He never had a chance to say goodbye to his family, just like he never had a chance to say goodbye to my mother, my sister and I… More than ten years later and there I was, my aunt's passed, little brother's daughter who she hasn't met yet. She looked at me so deeply, with her weary eye, as if time has turned backward for her, she holds my hand and we gazing at each other, an aunt and a niece, two strangers first time meet! I know she was searching for my father through me, then she wipes her tears. She reached in the pocket on her jacket, taking out an old, pale yellow letter. It's still well kept. She unfolded it as if her life was depending on it, it was the last letter she'd gotten from my father. Then a smile rosed on her aged, gentle face. As if she saw my father, as if he's there speaking the words he wrote to her. She handed the letter to me. As young as I was, I was so moved and it's so hard to hide all the emotional feeling that I just don't know how to manage it or express it properly. That was the first time I ever read and see my father's writing. It was beautiful. Only a few men I knew with that kind of writing. 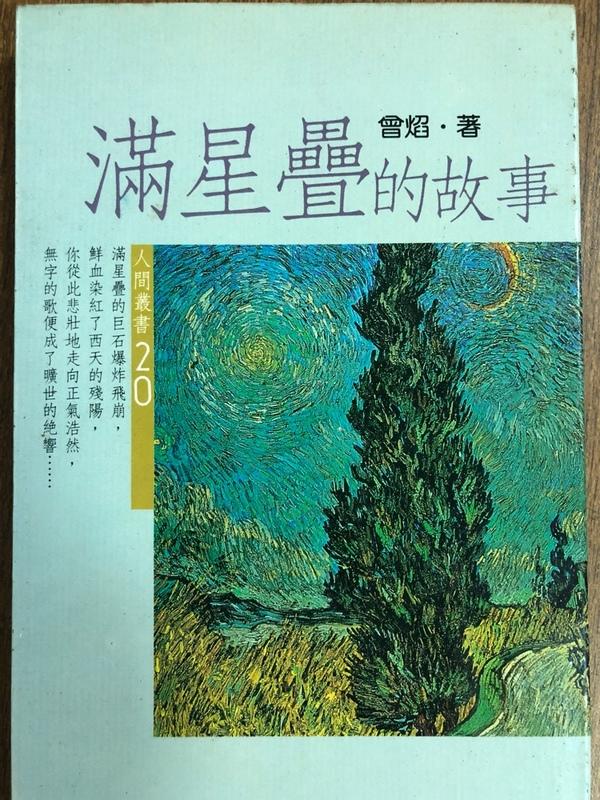 The Story of Ban Hin Taek by award-winning novelist Miss Tseng Yen - my mother. This book didn't win an award like her other works, but it's the most loved book by her fans around the world! So many readers have traveled to Ban Hin Taek because of this book!

Khan Sa's advisor was my father's father's comrade, my grandfather. They fought world war two against the Japanese together. Two war heroes and both were chief commanders in their fields. Life in the refugee village was uncertain, you don't know where your future lands, or if there's a future at all. We were not citizens of any country but refugees of Thailand. The future looked despaired for most of us. My father became addicted to gambling, I guess it's his way to escape from the futureless life. My parents had big dreams when they set out this dangerous journey, they thought they could apply for asylum to America, and then they can go to America to continue higher educations, but the reality was not a fairytale that they have naively imagined. They soon realized that the life condition of refugees and their rights to survive and to live with dignity was not the priority of the world. They, - we were forgotten by this world where humans aren't so humane at times. 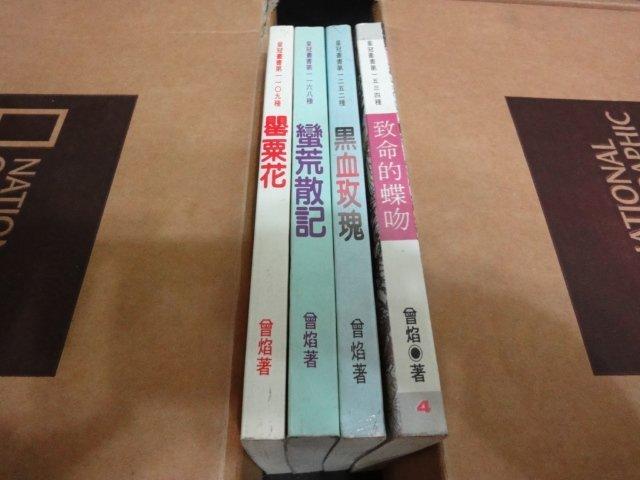 The collections of mom's book by her fan!

Khun Sa's advisor naturally looked at my father with judged eyes. He felt my father was shaming his own old man who was well respected chief commander and my grandmother was the most beautiful and well-loved lady of the Yunnan 58 militant region. The adviser even thought low of my mother because of my father's fallen into a dark path, until her first book and a second book published and won Taiwan national awards than he finally treated her with respect and amazement. But he was still determined that my dad is a falling man, just like most of the villagers think of my father, but my father was a great teacher, no one would doubt of that. His students still love him today. But at the time he was sunken down to a distraction path faster each day… and that have rotten my parent's relationship. My mother is a lady who is so conservative, focus, and yet the torture my father brings to her was worse each day, but she still raises her head high, teaches, and writes, ignoring those laughing eyes and their gossips. She's introverted. A little quiet lady who takes my father's falling abuses day in and night out quietly to avoid more mean rumors around the town. I often imagine that my father is a devil and my mother is the angle, that's why they were falling in love. Two very talented people! Two completely different minds that lured them to each other. The attraction was love at first sight and deadly at last. 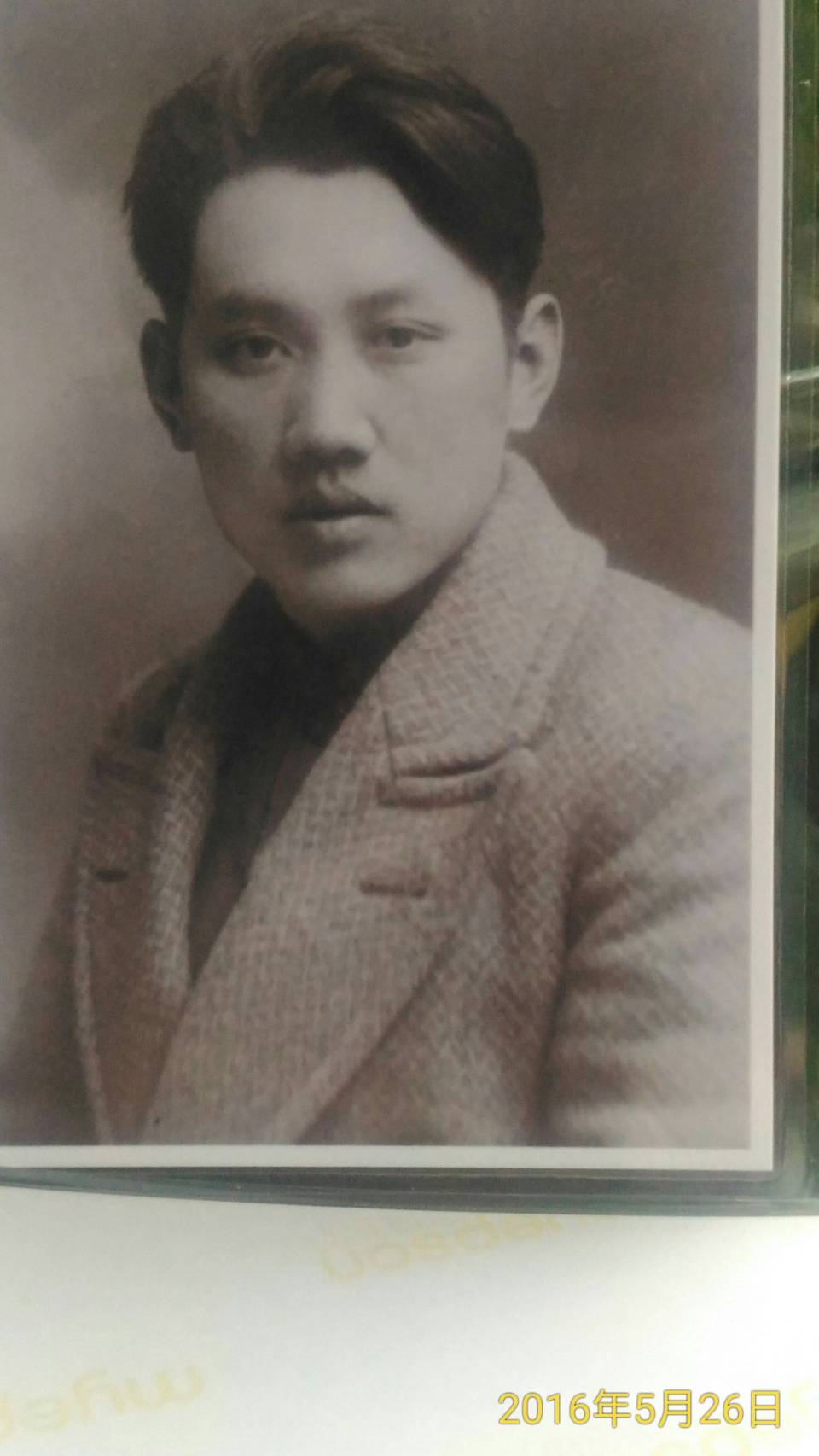 My handsome grandfather! Who loves to sing, and sings so well!

My memory of my dad was very brief, he wanted a son like most Chinese would. Boys mean continuing of the clan, even we don't carry a husband's last name, but our children will. When he heard I was just another girl after my sister, he didn't even look at me for a week. One day he was curious so he looked into the crib. He's amazed what an adorable baby I was. Haha! Then he would take my sister and me on his moped showing off us around the village every day after work. 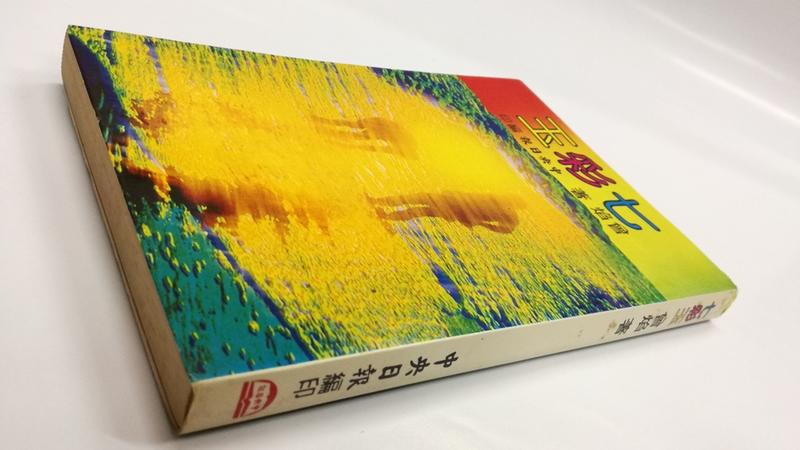 My mom's first book, it's published on Central Daily News Pepper, one of the biggest Chinese New Pepper of the time! It won the Taiwan National Literature Award. She's only in her 20s.

When I was 3 years old. My dad took me to a friend's place, we were strolling on a green bum like hills. I stopped whenever I see beautiful flowers, colorful seeds, and fruits. I’d smell the flowers and taste the seeds, and the tiny fruits. My father turned to check on me. He didn't say anything or rush me, he just looked at me, smiled, and waited. Oh, my falling father, did you turn around to look at us and wait for us in heaven. I've been searching for you through all my relationships… whatever has this world judged you but they have never crept into the pain you're carrying since you're a disabled child and a young refugee father who can't offer us a better life. 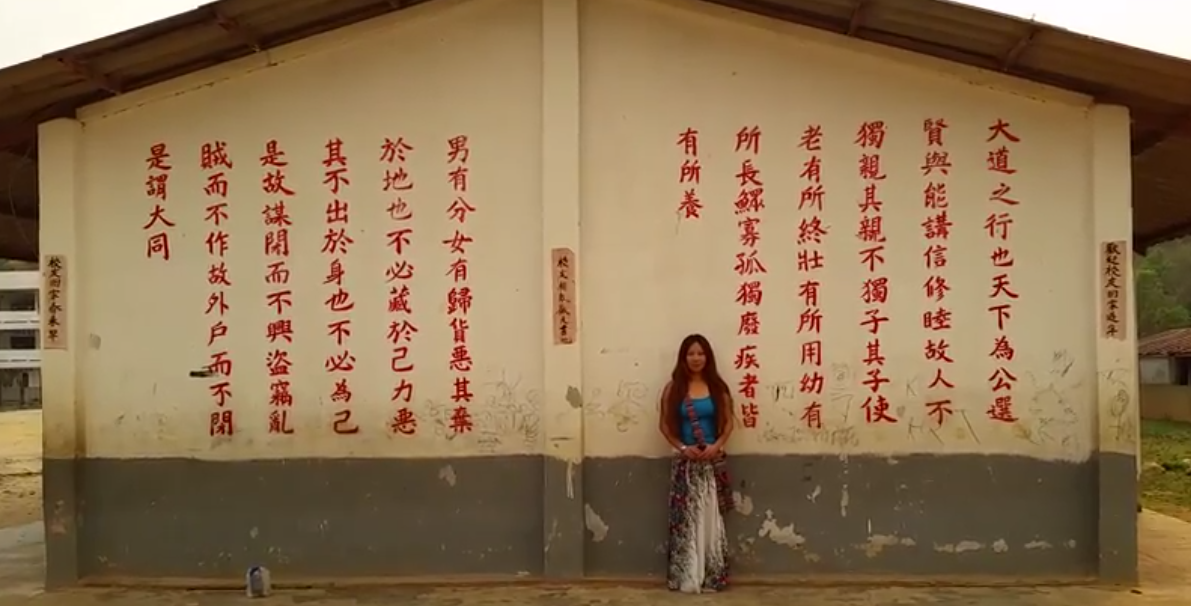 Back to my village...I love it!

The most fun memory I have with him was that he likes to have white liquor with herbs during a meal. One day we wash dishes together by the well. We saw a bright, huge, red millipede crawling towards us, my father instantly picked up a pair of chopsticks to catch the super poisoning insect. When he finally got it then he quickly sticks it into his liquor bottle while it's still alive! It's supposed to be very good for you, it's expensive and rare insect herbs. I was so amused by his winning battle with the deadly insect! That insect could kill you within munites! 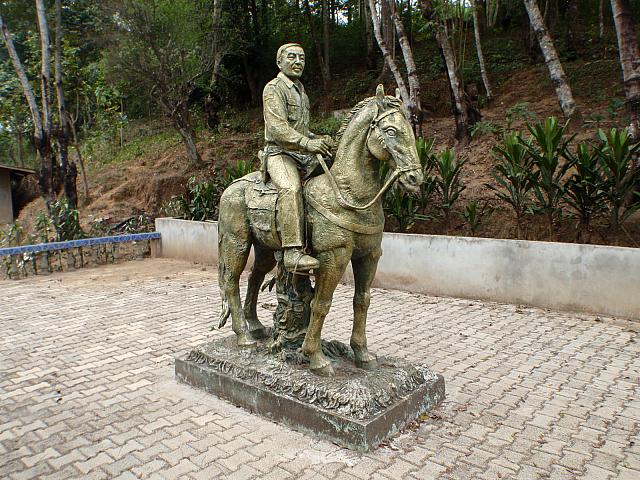 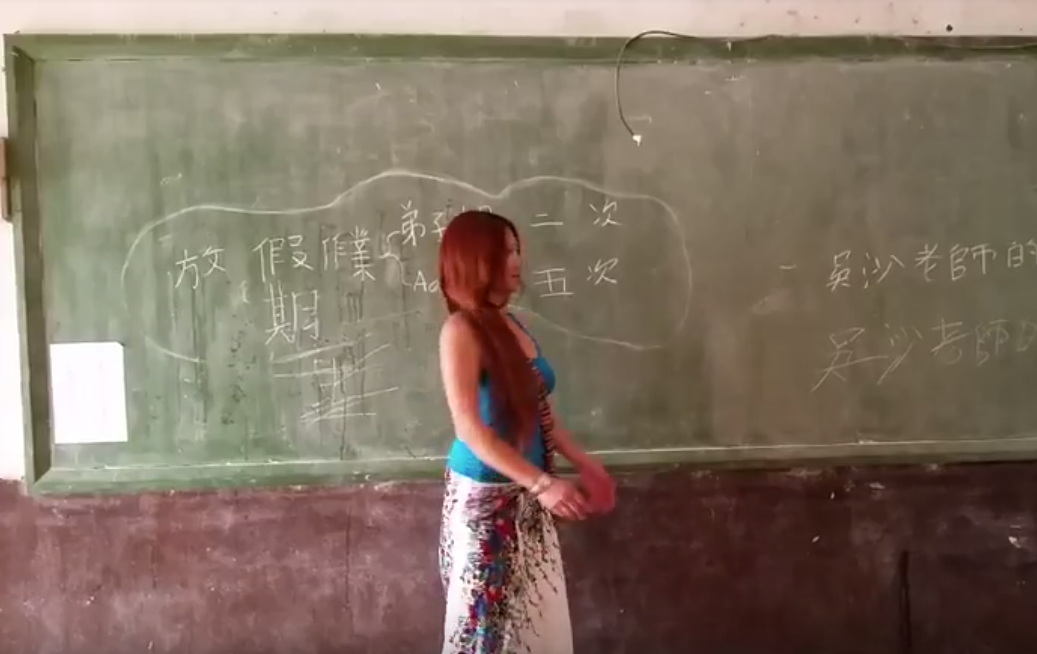 The school my parent were taught! They are the legends that everyone is still talking about today! 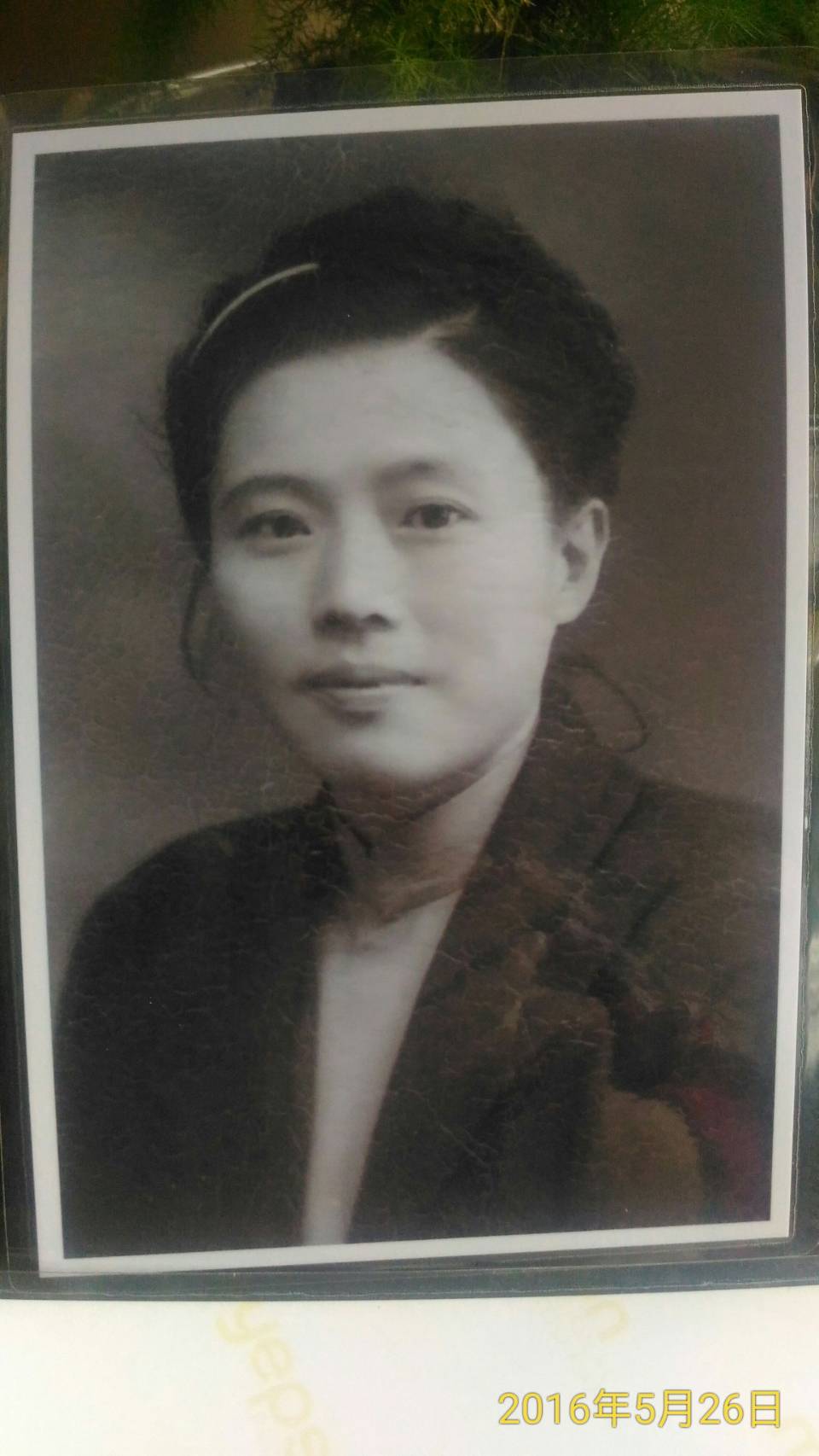 My elegant grandmother who was known as the most beautiful lady of Yunnan 58 militant region!

$0
View All
View All